Home > Blog > How the theft of water by the occupiers affects the water security of Ukraine.

We'll call You Back

How the theft of water by the occupiers affects the water security of Ukraine. 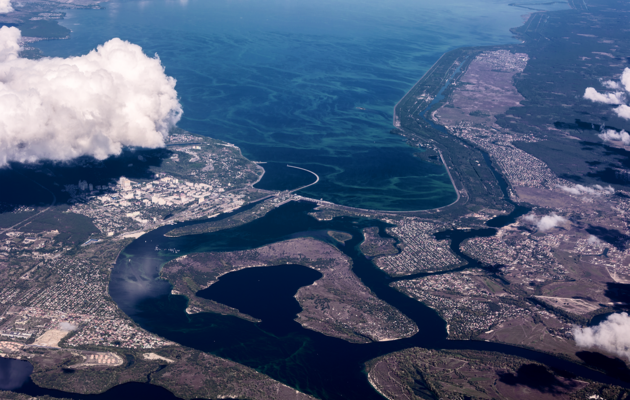 Water is the most common natural resource, so there is often an erroneous opinion about its inexhaustibility and general availability. This is not so, there is very little fresh water suitable for human consumption and for the functioning of most terrestrial ecosystems - only 2.53% of the total water reserves.

Ukraine ranks 17th among 20 European countries in terms of water availability (2014 data). Forecasts for the future are also not very optimistic, numerous studies indicate a significant negative impact of climate change on Ukraine's water resources. In particular, in 2031-2050, the decrease in water resources in the south of Ukraine can reach 60-70%, and in the north - 30-40%. Moreover, the least endowed with water resources are Donbass, Krivoy Rog, the Autonomous Republic of Crimea and the southern regions of Ukraine, where the largest consumers of water are also concentrated - industry and agriculture. Now it is these regions that are in the war zone and/or under the control of the occupiers. Already, the war that Russia unleashed in Ukraine directly affects the issue of water security in our country. In this context, water security is interpreted as the distribution of water and water-intensive products, in which there is no threat to international stability, water wars, water terrorism, etc.

The war that Russia launched against Ukraine back in 2014 had the greatest impact on precisely those regions where the situation with water supply was the worst even before the war. In particular, this also applies to the Autonomous Republic of Crimea, which received most of its water from the mainland - on average, about 85%. Due to the occupation of Crimea by Russian troops, water supply through the North Crimean Canal was suspended, because international humanitarian law, which protects the civilian population during the war, obliges the occupier to provide for the needs of people in these territories. It is obvious that Russia has not been able to provide Crimea with enough water for eight years, which led to a water crisis in the region.

First of all, this concerns the catastrophic consequences for the Crimean agriculture, but the population and the infrastructure that ensures the peninsula's water security have felt the consequences. The shallowing of many reservoirs, in particular Simferopol, has been observed since the first years of the occupation. But the abnormally warm and dry winter-spring period of 2020, which experts attribute to the consequences of global warming, aggravated the situation and led to a drought in Ukraine. In Crimea, in particular, since the beginning of spring 2020, natural runoff reservoirs have been filled by almost half less than in the spring of 2019, and at the beginning of summer - 2.3 times less than in 2019. Consequence - in the fall of 2020, there were numerous interruptions in water supply and water cuts in many regions of Crimea.

In addition, due to the shortage of water, especially in the steppe zone of Crimea, the occupiers began to develop new and increase the production of existing underground sources. The consequence of these actions was the rapid salinization of the upper layers of the soil, which led to an even greater deterioration in water quality and the loss of these lands for agricultural use. Considering the worsening situation with water in the occupied territories, the Main Intelligence Directorate of Ukraine noted that one of the scenarios could be a military operation of the Russian armed forces in order to solve the problem of water supply to Crimea. In other words, a “war for water” to solve a problem artificially created by Russia as a result of the occupation of the Autonomous Republic of Crimea.

On February 24, 2022, Russia launched a full-scale invasion of Ukraine, attacking cities almost throughout the country. According to the border guards, the territory of the Kherson region was fired from multiple launch rocket systems deployed in the Crimea. On the same day, on the territory of the Kherson region, Russian forces seized the main structure of the North Crimean Canal, the Kakhovskaya hydroelectric power station and all hydraulic structures that regulated the supply of water from the Kakhovka reservoir to the Crimean peninsula. And on February 27, the invaders destroyed a temporary dam, a road bridge and the main partition wall of the canal. According to the State Environmental Inspectorate, Russian troops were taking water from the Kakhovka reservoir due to partial depressurization of the North Crimean Canal hydraulic structure. SEI estimates show that the occupiers steal water for more than UAH 32 million per day. As of March 17, the amount of losses for the unauthorized use of water resources by the people of Ukraine already amounted to UAH 620 million.

The North Crimean Canal is a system of hydraulic structures, and it is not enough just to let water through them. In particular, commenting on this situation, the director of the Institute of Water Problems and Land Reclamation of the National Academy of Sciences of Ukraine explained that the system of the North Crimean Canal on the peninsula must be carefully prepared for water intake. If water gets into an unprepared channel, it will do more harm than good. Experts and eyewitnesses report that now the Dnieper water